Duvall breaks ice in NFR Round 5 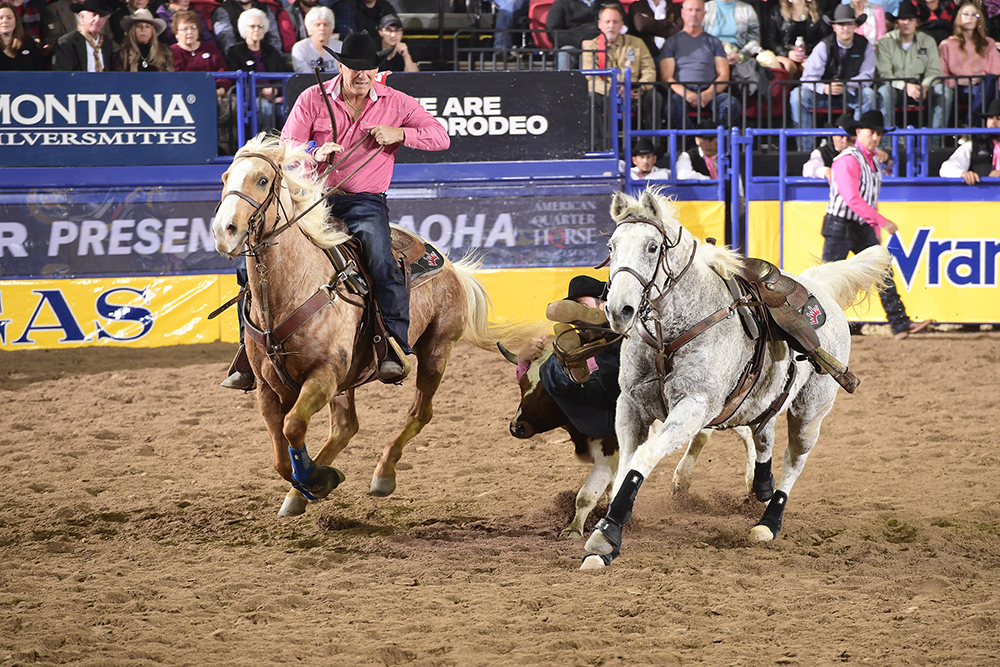 LAS VEGAS – Megan Duvall has more influence on her husband than she may think.

“My wife made me stay positive,” Riley Duvall said. “I didn’t have a choice, but it worked out good.”

Through the first four nights of the National Finals Rodeo, it was hard for him to stay positive. He had thrown down all four steers but was a tad slow to collect Vegas cash. He changed that Monday night with a 4.1-second run, which guided him to a third-place finish in the fifth round. That was worth $15,654.

“My goal this year was to start off with a bang; I wanted to place right off the bat,” said Duvall, a three-time NFR qualifier from Checotah, Oklahoma, the Steer Wrestling capital of the World. “My first three steers weren’t bad, but they were toward the bottom of the pen. Things weren’t going very well.

“I was wanting to whine around and mope last night, and my wife said, “There are six rounds left, so stop being a baby.’ She was right, and I hate to say that.”

While he has struggled, throwing down steers is vital. He sits third in the all-important average, which pays out the top eight cumulate times at the end of the 10-round championship. If he were to remain third, Duvall would pocket more than $43,000 when the NFR concludes.

Still, go-round winners will earn $26,231 each night, so he has plenty of opportunities before him over the next five rounds.

“I just need to make a good run at everything,” he said. “My horse has been working great. Sam (Duvall, his father) is doing a great job hazing. It just wasn’t clicking so we just had to get the ball rolling.”