Larsen places for the fourth time 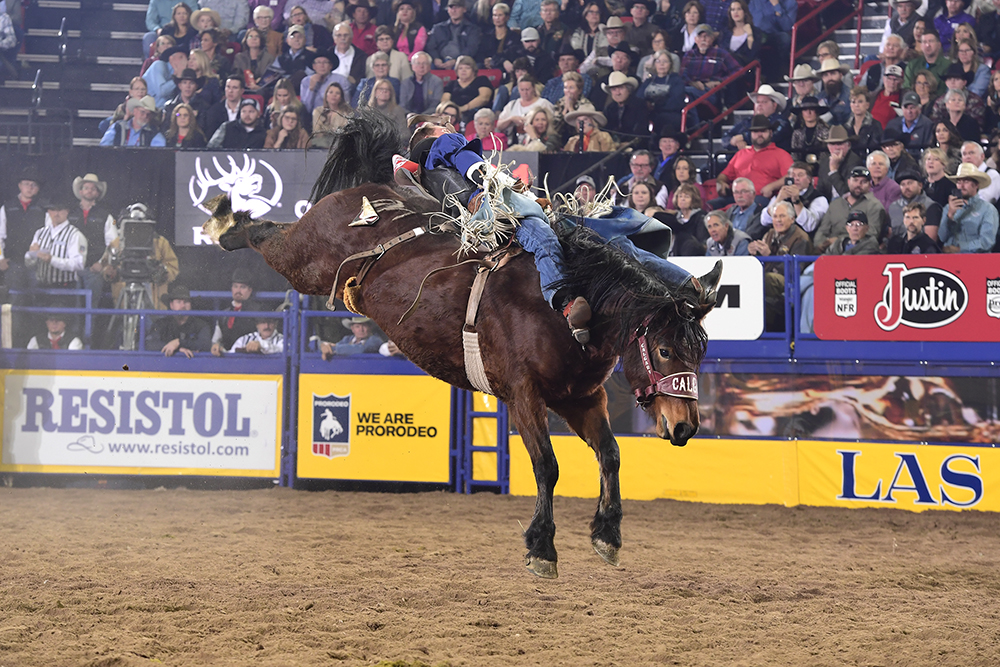 LAS VEGAS – While his body and soul were in the Nevada desert competing for a world championship, Orin Larsen’s heart and mind were 2,400 miles away with his brother and sister-in-law.

Tyrel and Chaney Larsen are at Johns Hopkins Hospital in Baltimore, where Chaney underwent in-utero surgery Tuesday to provide some help to their baby, who was diagnosed with spina bifida while in pregnancy.

“The baby and mom are doing really well,” Orin Larsen said. “The surgery went awesome. The surgeons are more than happy with how things went. We are really thankful. We are counting our blessings for that. Now, we are just waiting for a baby boy.”

The news sent a dose of relief to the entire family, including his mother, Wanda, who flew across the country after Monday’s round to be in Baltimore for the surgery. Meanwhile, Orin Larsen didn’t let any of it bother him as he competed Tuesday night, riding Calgary Stampede’s Arbitrator Joe for 87.5 points, good enough to tie for fifth in the sixth round.

“Every penny counts, and we’ll just keep chasing those dollars until Saturday,” he said. “We will keep rocking.”

In rodeo, money not only covers expenses and pays bills, but dollars equal championship points. The cowboys in each event who finish the 2019 campaign with the most money will be crowned world champions and will be awarded with that coveted Montana Silversmiths gold buckle.

Yes, he does. He has earned $232,942 this season and sits second in the world standings. He trails the leader, Clayton Biglow, by nearly $34,000, but he has four more nights to make up that ground.

“Everyone is just riding good,” said Larsen of Inglis, Manitoba, now living in Gering, Nebraska. “It’s hard to beat guys anywhere, especially here. The horses are on top of their game; the horses are just bucking. It is the perfect storm right now.”

So is his riding. He’s placed in four of six rounds so far and has been consistent. With go-round winners earning $26,231 per night, he has four more chances to make a significant move.

“I haven’t had this much confidence in my riding ability for a long time,” he said. “It is stellar.”