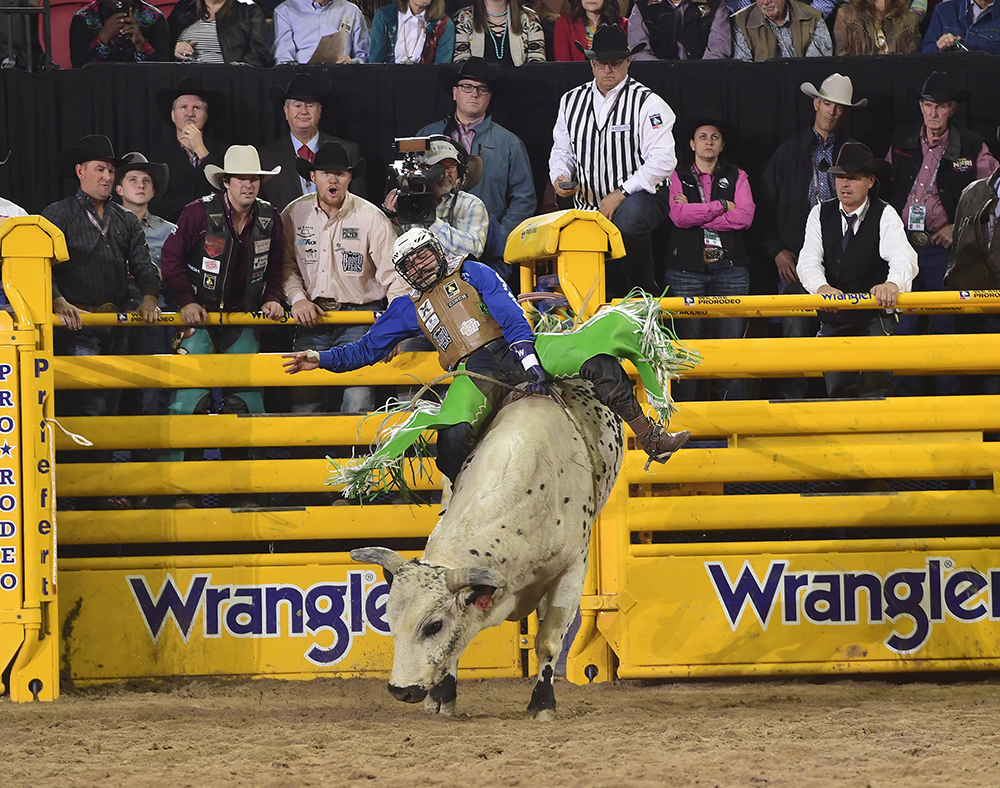 LAS VEGAS – Jordan Spears has quietly had a pretty good run at the National Finals Rodeo.

It’s about to get pretty loud.

He has ridden four bulls but didn’t earn a payday until the fifth round. On Tuesday night, he matched moves with Bridwell Pro Rodeos’ Hou’s Bad News for 90 points to finish second in the sixth round. That was worth $20,731 and pushed his NFR earnings to $36,231.

“My dad always told me to finish strong,” said Spears, a four-time NFR qualifier from Redding, California, now living in Caldwell, Idaho. “I usually finish the NFR pretty strong, and I’ve had a better first half than I’ve ever had in the past.

“If you watched a Jordan on that bull, you can have pretty good luck. Jordan Hansen was 89.5 on him in the first round. To be matched with the bull was great. That bull bucked me off pretty easily in Puyallup (Washington), and I’ve been pretty excited to get back on him and to get revenge on him.”

Mission accomplished. He made several moves with the spotted bull to keep himself in the right position, and it paid off.

“I don’t seem to sit in one spot very long,” Spears said. “I talked to Jordan Hansen, and he said the bull is always moving away from you and that you have to keep hustling. I thought he fit my style pretty good.”

He sits 11th in the world standings, but that can change. There are $26,231 that will be paid to the winners of each of the next four go-rounds, so Spears has a chance to really cash in before the NFR concludes Saturday night. In addition, he sits fourth in the average race, having ridden four bulls for a cumulative score of 342.5 points.

“Someone told me the NFR is pretty much just 10 one-headers. As much money as you can win at one time, you’ve got to take it one bull at a time, because you could not ride a single bull, then all of the sudden ride one and win more money than you usually do all year.”