Larsen having fun with big scores 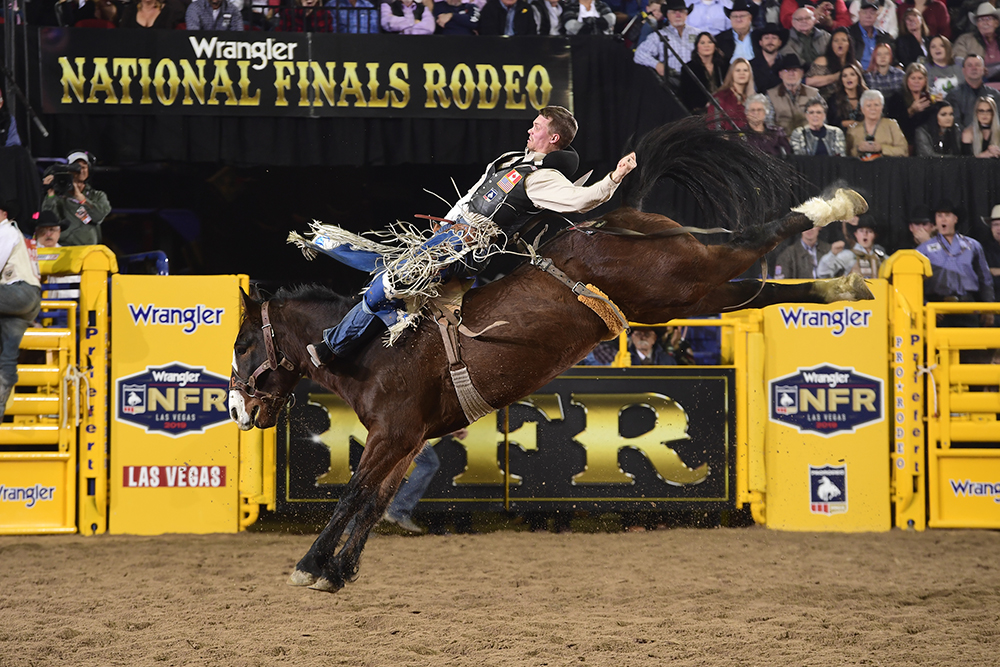 LAS VEGAS – Time flies when a person is having fun.

“I feel like three days ago was Dec. 1 when we showed up,” said Larsen, a five-time NFR qualifier from Inglis, Manitoba, now living in Gering, Nebraska. “I just try to slow everything down as much as I can. I need to remember to just enjoy it; it’s not going to last forever. There’s going to be a day when this is just going to be a memory for me. I’m going to enjoy it as much as I can as often as I can.”

He should. Over the course of the first seven rounds, he has placed on five nights, including the fourth-round victory. He has posted three rides of at least 90 points, with the most recent happening in Wednesday’s seventh round. He posted a 90-point ride on Big Stone Rodeo’s Mayhem to finish second, pocketing another $20,731.

Actually, Mayhem was Larsen’s second horse of the night. He was originally mounted on Kesler Rodeo’s Uptown Flash, but the paint didn’t have a good trip. Larsen took his re-ride opportunity and made the most of it.

That’s a bit of an understatement. He has earned $80,231 through seven nights of ProRodeo’s grand finale and has pushed his season earnings to $253,673. He is No. 2 in the world standings behind leader Clayton Biglow, but Larsen is still very much in the world-title race with three rounds remaining in the 2019 season.