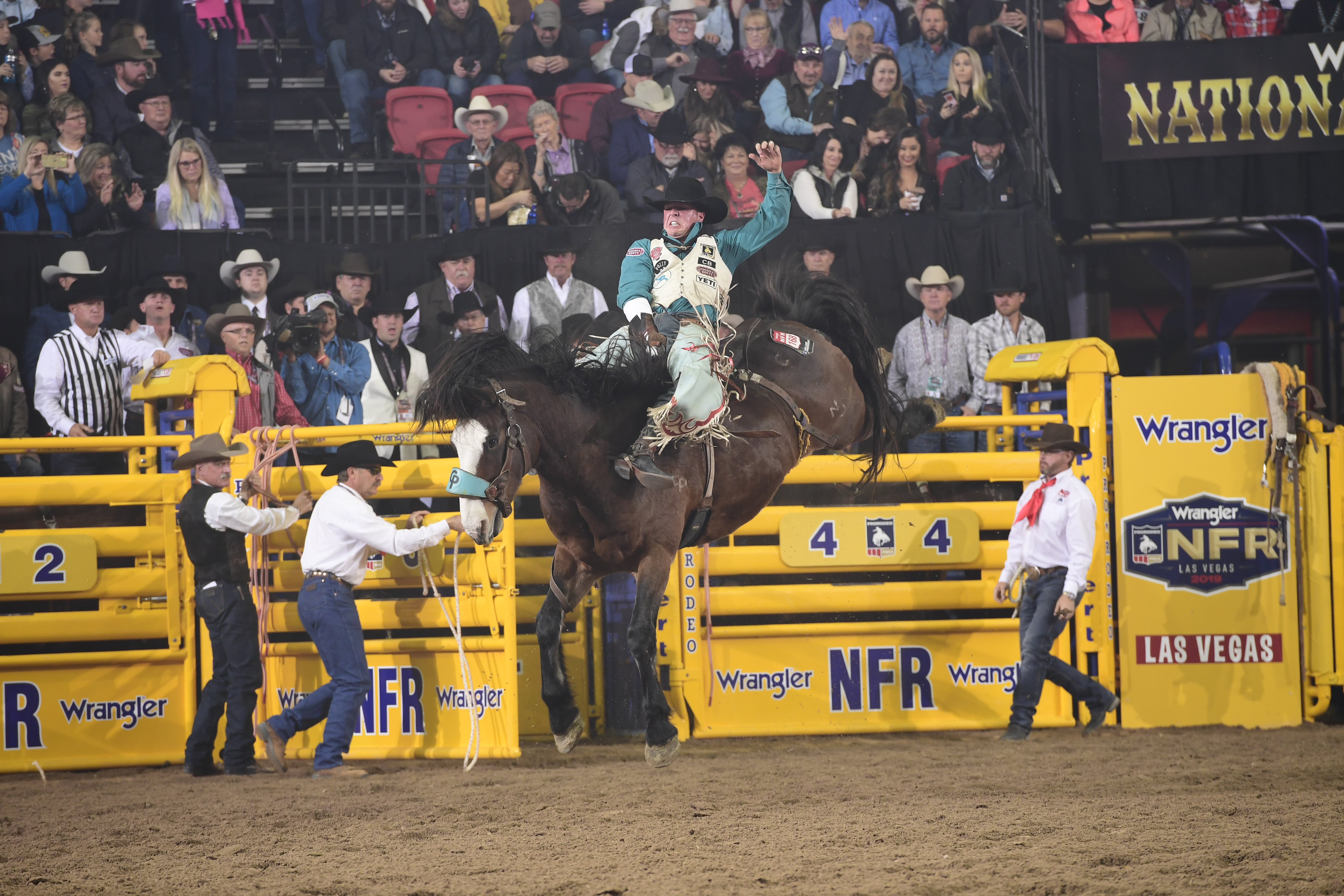 LAS VEGAS – Richmond Champion made a great ride on the final night of the National Finals Rodeo, but it didn’t earn him a dime in round money.

He finished seventh in the 10th round Saturday, and only the top six in each round earn money. His 87.5-point ride on Pickett Pro Rodeo’s Faded Night was a half-point out of the money. But he more than made up for it by his consistency throughout the week. He rode 10 horses for a cumulative score of 86.0 points and finished third in the aggregate standings.

“Faded Night was good, and I was pumped to have her,” said Champion of The Woodlands, Texas, now living in Stevensville, Montana, with his wife, Paige. “I had her in the 10th round last year and finished second on her.

“I messed her up at Fort Worth this year, so on a personal note, I wanted to ride her better than I did there. I did that. I felt the strongest I’ve ever felt here on 10 head. Did it pay the way I wanted it to? No. Did it pay bad? Not at all.”

But the NFR is paved by Montana Silversmiths gold buckles, awarded to the world champions in each event. The best way to do that is to earn big money in Las Vegas. While his earnings over the last 10 days was substantial, he was well off the pace for the hardware he wanted; world champion Clayton Biglow pocketed nearly $250,000 in 10 days to claim that crown.

“You want to win the world championship,” Champion said. “Year No. 5 wasn’t it, so I’m thinking year No. 6 will definitely be the one.

“This dream of a gold buckle is what makes you sad or makes you happy. It’s the defining piece that I’ve been chasing. I feel like I’m on the right track. You couldn’t hope for a better champion than Clayton Biglow this year. I’m happy for him. We’ll go back to work and go after it next year.”