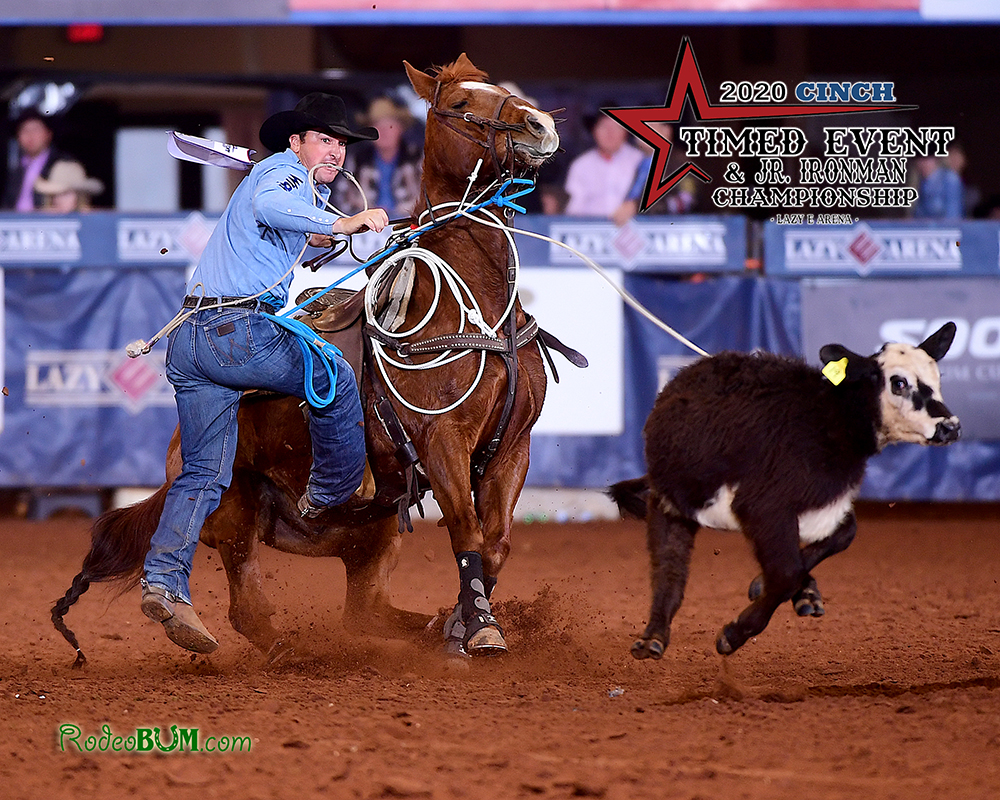 GUTHRIE, Okla. – Jordan Ketscher is making a habit out of winning the first round of the CINCH Timed Event Championship.

Ketscher, the 2018 titlist, made runs in all five timed events in a cumulative time of 65.3 seconds, the fastest of the opening round. It was worth $3,000. A year ago, the Squaw Valley, California, also won the first round, then suffered a knee injury in the third round. Here’s hoping that doesn’t happen again.

“My whole game plan was to make solid runs and rope what I draw, and it seems to be working out,” said Ketscher, who moved into the top spot after then-leader Seth Hall of Albuquerque, New Mexico, failed to secure a time in the final event of the round, steer roping; that earned Hall a 60-second time, the equivalent of a no-time.

“I still don’t have a great amount of experience in (steer roping),” Ketscher said, “but being around here the last four years, I’ve seen these scenarios play out. It’s just about me not getting ahead of myself and grinding it out.”

How will he approach the final four rounds of this unique competition?

“I’ll try not to do anything different,” he said “I’ll just keep making my runs and let the cards fall where they’re going to fall.”

The Jr. Ironman took on a bit of an international flavor, when Canadian Tee McCloud won the opening round Friday morning. He roped, tied and wrestled four animals in a cumulative time of 39.3 seconds to claim the $750 prize. Reigning champion Tyler West finished second in 44.1 seconds to pocket $250.