Theriot skates to the top spot 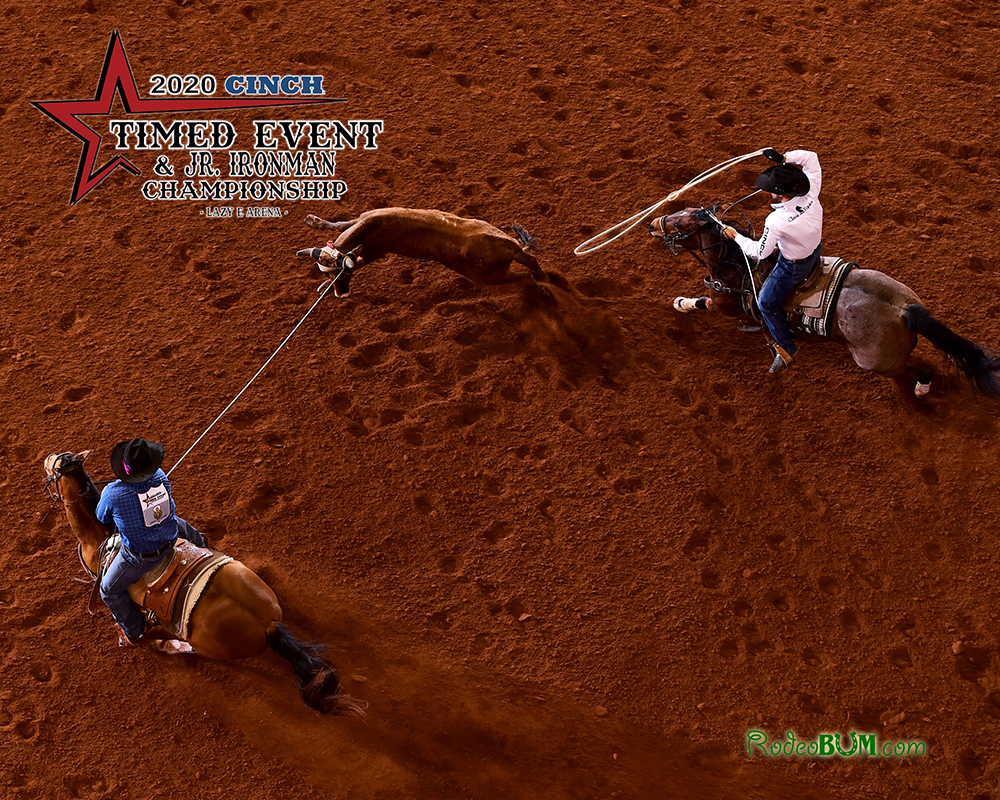 GUTHRIE, Okla. – A friend summed up the CINCH Timed Event Championship to Marcus Theriot in a perfect way, and the young Mississippi cowboy has taken it to heart.

“He said, ‘It’s like driving on ice; every time you try to speed up, something bad might happen,’ ” said Theriot, 22, now competing at the CTEC for the fourth time. “You just need to keep the process of getting through the event, getting through all 25 head.”

On Saturday morning during the third round, that process paid off. After leader Jordan Ketscher of Squaw Valley, California, suffered a 60-second heeling run (the equivalent of a no-time), Theriot moved into the lead. He held it through the final two events of the early-afternoon session and carries a 14.8-second advantage over the No. 2 man, Taylor Santos of Creston, California.

“This whole deal is a blast,” said Theriot, whose 58.3-second third round was the second-fastest of the matinee performance. “By Round 4, it’s getting tiring, but this is the greatest deal: five events, and you get to show what you’ve got and how handy you are in all of them.”

Santos had a breakout third round. By posting the winning 56.6-second round (the fastest of this year’s CTEC so far), he pocketed $3,000. Newcomer Seth Hall, who serves as an injury replacement, was 61.8 seconds to finish third in the round.

In the Jr. Ironman, it’s been the Tee McLeod show. The young cowboy from Waldeck, Saskatchewan, has won the first two go-rounds (worth $1,500) and has an 8.2-second lead on eight runs over the No. 2 man, reigning champion Tyler West of Mertzon, Texas.

While McLeod has top finishes in both rounds so far – he stopped the clock in 36.1 seconds Saturday morning – West is a two-time runner up. With second-place earnings dishing out $250 each round, the Texan has pocketed $500 so far.

NOTE: Cody Doescher of Webbers Falls, Oklahoma – who missed the third round after suffering a knee injury Friday night – has opted to try his hand at heading and heeling over the final two rounds of this year’s CTEC. He will try to break the existing arena records: Jade Corkill set the heeling mark at 4.3 seconds in 2013, and Spencer Mitchell followed a year later with the heading mark of 4.3 seconds.