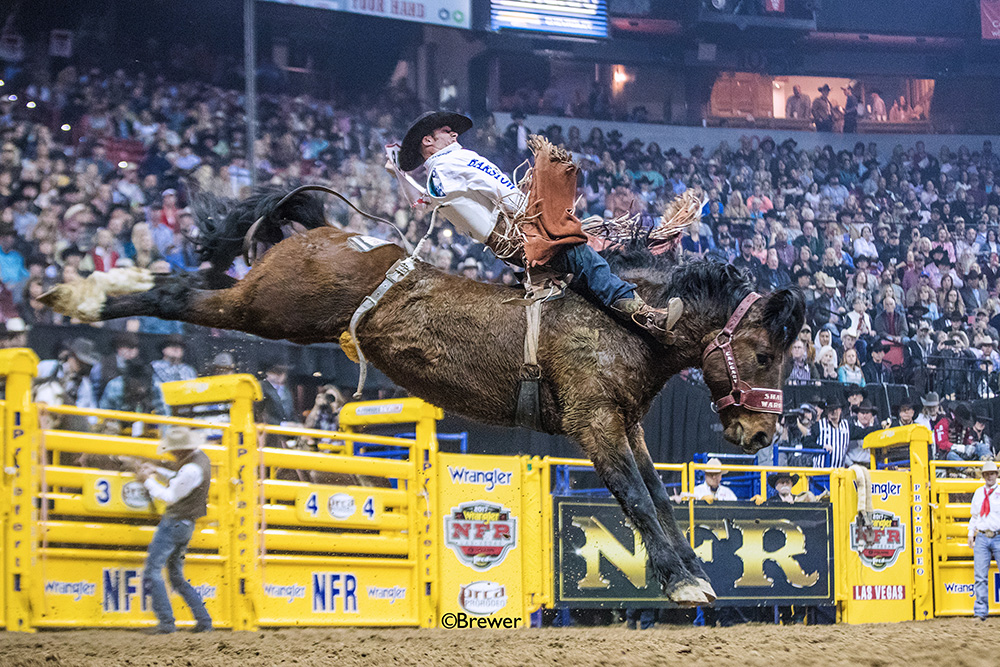 Even during COVID-19 quarantine, Utah cowboy finds a silver lining

SPANISH FORK, Utah – The last time Mason Clements strapped himself onto a bucking horse, he won the San Antonio Stock Show and Rodeo’s bareback-riding title and $23,500.

That was more than a month ago, and he’s been itching to get back to the work of rodeo ever since. Alas, the COVID-19 coronavirus pandemic has stopped any chances of that for the time being, so he’s enjoying the opportunities the break from the rodeo trail have provided him.

“It’s nice to have this time to clean up some stuff you have at the house, but it also sucks,” said Clements, a two-time National Finals Rodeo qualifier from Spanish Fork. “We’re quarantined from a lot of people and rodeo. Not having the comradery we have in rodeo is a shock. Not being on the road is just a weird feeling. It’s just not normal.

“I’m healthy, and I’ve already competed this year, then everything just stops.”

That’s the nature of this pandemic. Schools have closed, events have halted, including sports all across this land. With ESPN airing “sports” like juggling dodgeball, social distancing has taken a whole new approach to athletic entertainment.

While professional baseball players and basketball players are guaranteed salaries without playing games, it’s not the same in rodeo. The only way cowboys earn money is by winning it, beating most of the field on any given day or at any given rodeo.

So, what is Clements up to during this national quarantine?

“I try to go hunting as much as possible and working at the family business, Ready Mix Co.,” he said. “It’s hard to not be competing, but it’s also a really productive time. You don’t get a whole lot of time to strengthen yourself, stay super healthy and get things done at home. It’s an opportunity to get things done, and it also keeps the fire burning inside you.

“You’re itching to get back on. You’re riding your spur board. It’s a good time to get that fire burning to ride again.”

That’s the nature of a competitor, a person whose heart and soul is involved in the game he loves, in the passion for the fight between man and a bucking beast. It’s a love that has grown over time for the 27-year-old cowboy, who dangled his feet in rodeo as a youngster.

Clements began chute-dogging, the precursor for steer wrestling where young contestants grapple steers to the ground right out of the chute. He started wrestling steers from horseback as a sophomore in high school, about the same time he started riding bulls. He qualified for the Utah High School Rodeo Association’s finals in both events in each of his final two seasons.

Things changed dramatically after that. After a 12-hour drive to eastern Utah to try his hand at the game, he decided to make the switch.

“I got bucked off both the horses I got on, but I remember thinking, ‘I can do that,’ ” Clements said. “That just kicked it off right there … the love of the fight to stay on. I immediately had a love and passion for it, and I didn’t even make the whistle. I craved it already.”

He attended the College of Southern Idaho and began traveling the pro circuit with his coach, Cody DeMers, an NFR veteran. He learned a great deal in those early years on the backs of bucking horses and on the roadways between rodeos, and it began paying off. In 2016, he finished 18th in the world standings, just three spots out of qualifying for his first NFR, which features only the 15 best in the game in each event.

He made the finale in both 2017 and ’18, finishing among the top 10 in both seasons. But that final season, he was riding in pain and had knee surgery after the NFR. He missed the early part of the 2019 season, then flourished to the finish. He finished 16th in the world standings, just one spot out of playing for the biggest pay in the game in Las Vegas.

That served as a major motivating factor for Clements as he prepared for the 2020 season. In addition to winning San Antonio, he also won the title in Denver and pocketed some cash in Fort Worth. He sits fourth in the world standings with a little more than $36,000 in earnings, but his season is on hiatus, as is everyone else’s as they await the stop of the spread of the coronavirus.

“I just use little tricks to stay sharp and stay focused in that bummer moment of not making it to the NFR last year and watching everyone else compete,” he said. “Through these experiences, you’ve just got more tricks in your bag.

“It’s good to get back on my feet, be riding good and be strong. It’s nice to be making money again after a long, dry winter. When you don’t go to the finals, you’re not making any money.”

Like most, Clements is unsure of what the future days and weeks will mean. He’s happy to be productive and get some things done with the family business and around his place in Spanish Fork. He’s recently engaged and planning a wedding next year, so he and his fiancé, Brianna, have plenty of irons in the fire.

But there’s another inferno ablaze, and it’s deep inside his gut.

“I’m excited to get the season going again,” Clements said. “It feels like the end of December and the beginning of January: I’m chomping at the bit again.”