OPINION: Entrepreneurship born out of misery 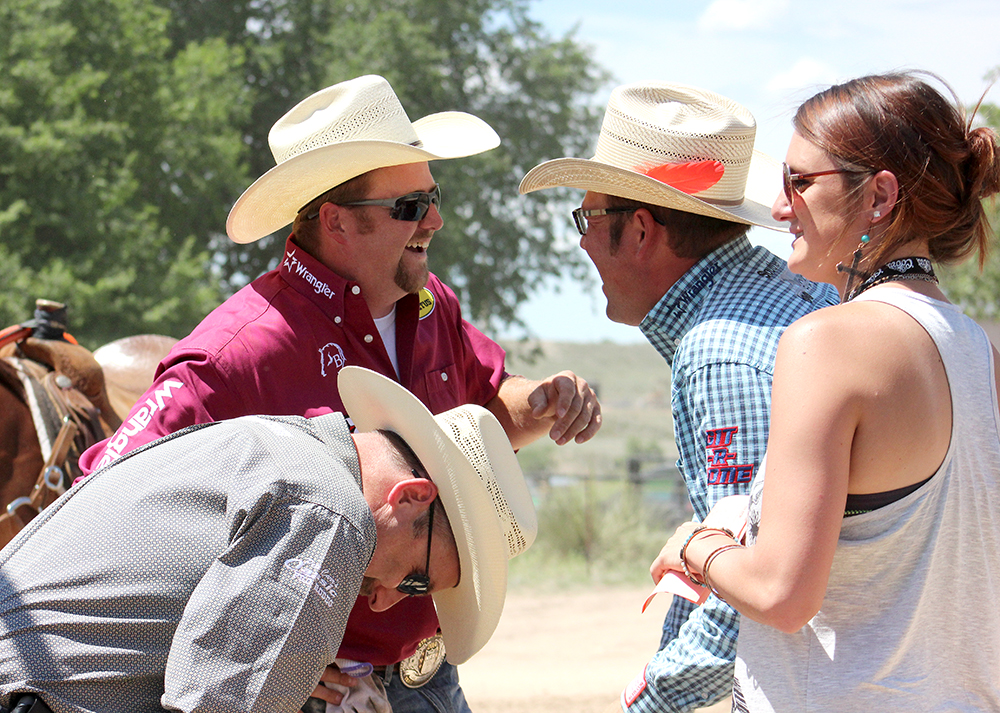 EDITOR’S NOTE: This opinion piece was written for a young friend and partner, Sami McGuire, who has established her own marketing business, High Call Media. She was an intern of mine a few years ago, and she was requesting stories about entrepreneurs, so I obliged. You can follow her work by clicking HERE.

It wasn’t always that way. I love the craft of journalism: Interviewing and gaining background (visiting with people to get their sides and garnering as much information as possible through the process); telling stories (whether through writing or design or photography); and presenting that knowledge so readers or watchers would enjoy, be entertained and be informed.

But things had changed around the plant, the largest metro newspaper in Oklahoma at the time. I was no longer allowed to write, edit, photograph and design; I was pigeonholed into a copy editing position that required late nights and weekends on the sports desk, and my favorite news subject, rodeo, was pushed aside for more coverage of the University of Oklahoma football and just about anything else that the new sports editor desired in his publication.

My rodeo coverage was out.

The new sports editor took the job in 2003. That December, for the first time in the history of the National Finals Rodeo, a staff member wasn’t covering it. It just so happens that three Oklahomans – Teddy Johnson, Janae Ward and Terry Don West – won gold buckles in Las Vegas that year. The “brief” appeared on Page 3 of the sports section. That’s when flustered became disgruntled, which eventually turned into misery.

Since 2000, I had volunteered to assist the promotion for the rodeo in Pretty Prairie, Kansas, an event I had covered the three years previously for the nearest daily paper in Hutchinson, Kansas. It worked pretty well, too.

Fast forward to 2005, and I was dating the love of my life, who lived four and a half hours away and had normal workday and weekend hours. Meanwhile, I was working nights and weekends.

I was miserable. As July approached and my frustration grew, I looked forward to my escape to south central Kansas for that same little rodeo in Pretty Prairie. While there, I realized just how unhappy I was. I set out a plan to chase my own rodeo dreams, telling rodeo stories and promoting the sport and its people. Rodeo Media Relations was being born, and I didn’t even realize it. By the week’s end, I realized I was going to make it happen.

Within short order, I left my job to become an entrepreneur, something I’d never envisioned. It was also something for which I was completely unprepared. It took time, and I didn’t have any income to prepare me for the time it was about to take. I’d given birth to an idea, but I had no idea how to take the first step.

My love, who is now my wife, was a director with the Guymon (Oklahoma) Pioneer Days Rodeo, and I met with the folks in charge to set up a plan; I volunteered to promote the rodeo for its 2006 event as long as the committee offered to hire me in the years following. But that was just one. I kept reaching out to other committees, and the rejections kept coming back. This was an unknown commodity, and there was always a volunteer on the committee that handled publicity and promotion. Why hire an expert?

Slowly, though, more people saw why there was a need. I attracted a few rodeo committees that liked the idea that there could be savings by hiring me; spend a little less on advertising and help get the word out through traditional media. I also signed on as the media director for an up-and-coming stock contractor. When I first began, the contractor produced seven rodeos; within a few years, we were working on 35 rodeos a year.

That also put me in contact with several other rodeos that I continue to work each year. With each step, my biggest marketing tool – outside my amazing wife – has been the word spread by the committees that believe in my product and my techniques, both of which continue to evolve.

But none of this wouldn’t have happened had I not met the right person (my wife), who helped shape me from a miserable person employed at a job I truly disliked into an entrepreneur who loves telling cowboy tales, promoting a lifestyle and a sport, all while sharing those experiences with the friends I’ve gained in rodeo.