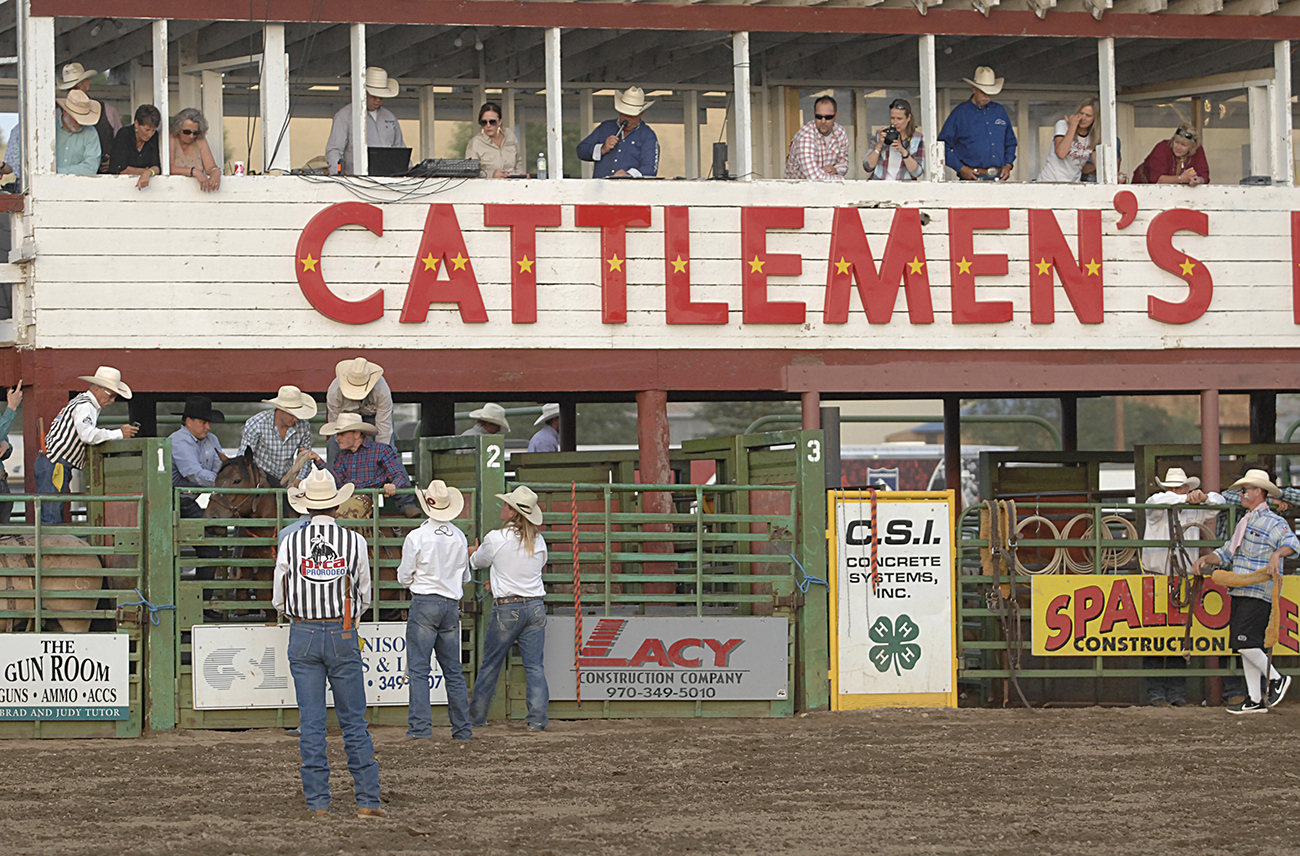 GUNNISON, Colo. – In the last two weeks since the fundraising campaign was initiated, many people have come out to advocate the 120th consecutive edition of the Cattlemen’s Days PRCA Rodeo.

“The support we’ve seen is nothing sort of amazing,” said Kevin Coblentz, president of the volunteer committee that produces Cattlemen’s Days, set for Thursday, Sept. 3-Saturday, Sept. 5, at Fred Field Western Center in Gunnison. “We have had people donate to this cause in so many ways that it’s just unbelievable. I’ve had people just hand me cash, drop by and hand me a check worth thousands of dollars or send money through the mail.

“When a community has had 119 straight years of rodeo like Gunnison has, it’s hard to just let it go. We believed this would happen, and apparently, so did many other people in Gunnison County. It wouldn’t have happened without everybody’s support.”

Each year, Cattlemen’s Days volunteers go about the task of gathering sponsorships for the annual rodeo. COVID-19 made that difficult, so the committee opted to try something different in the form of a GoFundMe page. Word was spread about the rodeo’s need for funds, and tens of thousands of dollars have been raised.

“The part about our GoFundMe page that excites me is that we’re giving that money directly to the contestants,” Coblentz said. “Because we will not be able to have fans – unless we receive a variance that allows for a limited crowd – we knew we needed to make up the traditional financial support we get from ticket sales and concessions sales.

“It’s just amazing to me that we were able to raise that much money in just two weeks, but I knew the local community would help make this thing happen. Everybody around here knows how important the rodeo is to Gunnison’s legacy.”

The financial support didn’t end there. On Tuesday, the town of Gunnison announced a $23,500 sponsorship, while the Gunnison-Crested Butte Tourism Association has ponied up serious money to make sure the rodeo happens in 2020.

“What I’ve learned over the last two weeks that we’ve pushed this fundraising effort is that people care about Cattlemen’s Days rodeo and the tradition we have here,” he said. “We have felt that there was something special with our rodeo, and now we have proof that others feel the same way.”

The committee is working closely with The Cowboy Channel to have the rodeo broadcast nationwide on the network and worldwide via The Cowboy Channel app. In addition, it is spreading the word to the cowboys and cowgirls who make their livings in rodeo.

“We’re expecting a record number of contestants to be at our rodeo this year,” Coblentz said. “While we may not have a crowd or much of a crowd, I think the hospitality that these contestants will see in Gunnison will bring them back for years to come. We’re excited about that.”