UBF is up to the Challenge

Home - Uncategorized - UBF is up to the Challenge 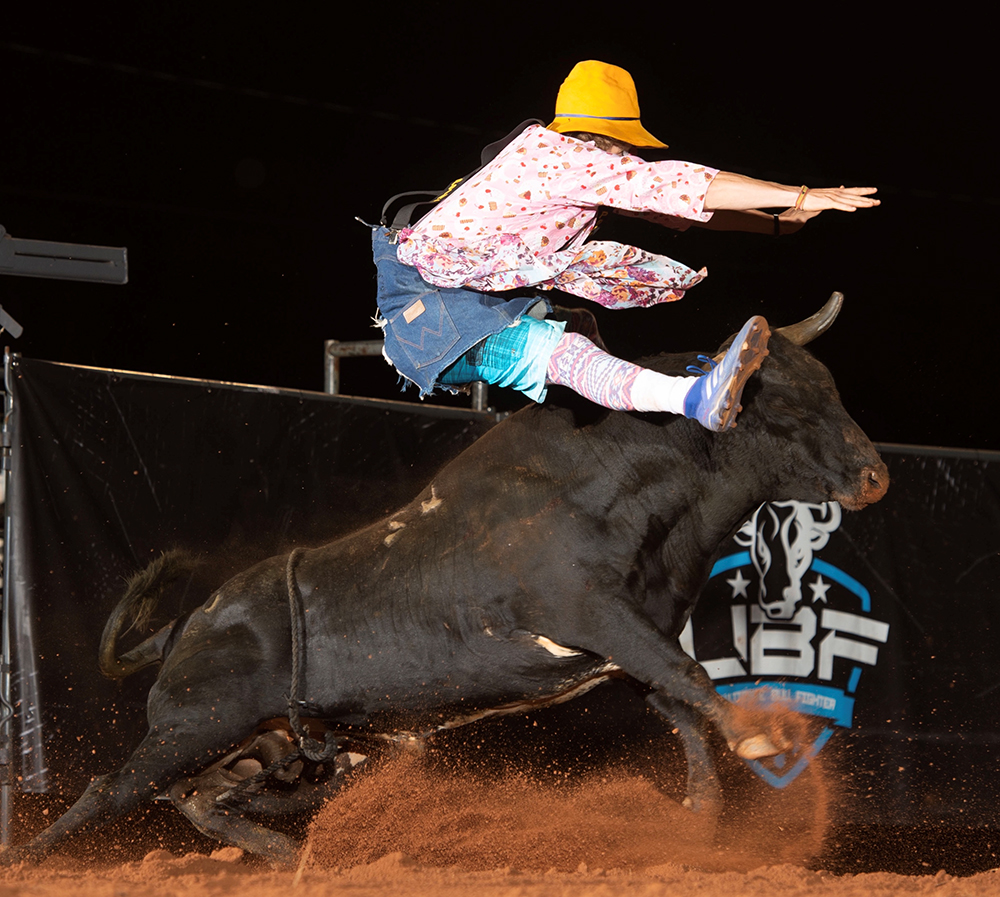 GRAND ISLAND, Neb. – Not many would stare a beast in the eyes. Fewer yet would tangle with it.

But 18 men will get that opportunity this coming weekend during the Ultimate Bullfighter Challenge presented by Pump & Pantry, set for 8 p.m. Friday and Saturday at the Thompson Food Open Air Arena at the Nebraska State Fair in Grand Island.

This is the ultimate man-vs.-beast contest, a gladiator sport that features men willing to overcome any fears while testing their athletic talents in the arena while equally athletic and agile animals attack at will.

“I love the mentality of me vs. the beast, and that’s what I love about bullfighting,” said Sage Seay, the No. 1 man in the UBF from Hackberry, Louisiana, a community tucked amongst swamps, bayous and lakes in Cajun Country. “I’m not going against Justin Josey or Beau Schueth. I’ve got to fight my bull for a minute, and that bull’s there for a job. I love a good fist fight. I feed off it.”

In fact, the bull aspect of the sport is such a major part of the show that UBF has developed a fighting bull competition, which will also be an added element of the Nebraska State Fair show. Six stock contractors from around the country will have three bulls each, and the cumulative bull scores will be tallied together; the bull team with the highest score will be crowned champion and earn the lion’s share of the $25,000 purse.

“There will be two bulls in the long round and one bull in the short round from each bull team,” said J.B. Mauney, a two-time PBR world champion bull rider who is involved with Lights Out Fighting Bulls and is a UBF shareholder. “Grand Island should be one of the best events we have all year. When you put up your own money to enter bulls, you don’t want to bring a mediocre one. The heat will be there.”

Men put their lives on the line through bouts with fast, agile, hoof-pounding machines. It’s the measure of a man that will face any adversity and find a way through every step, and a contest to identify that man is heading to Grand Island this weekend.

“These have been standout events, especially when you mix the bull power with these great bullfighters,” Mauney said, noting that a UBF event took place a month ago in nearby Palmer, Nebraska. “At that event, we had a 91.5 and a 90.5. For people that don’t know freestyle bullfighting, it’s equivalent to a 90-point bull ride.