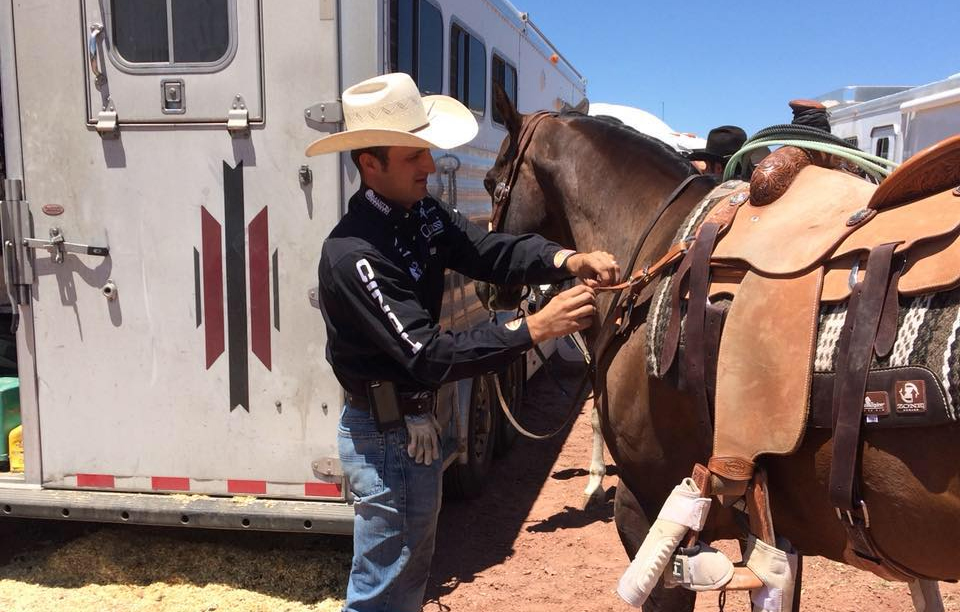 GUNNISON, Colo. – In the final month of ProRodeo’s regular season, Levi Simpson is trying to be as greedy as possible.

Simpson, the 2016 world champion header from Ponoka, Alberta, sits 13th in the world standings and would like to move up by the end of September and secure his spot at just his second qualification to the National Finals Rodeo.

On Thursday night, he and heeler Shay Carroll of La Junta, Colorado, stopped the clock in 4.5 seconds to take the team roping lead after the first performance of the Cattlemen’s Days PRCA Rodeo.

“We called and got some information on that steer we had,” Simpson said. “They said it had been good at the last place it had been at, so we liked that. Everybody’s going to all the same places, so you have to just go for it.

“They’re not giving money away anywhere. You have to hit the barrier as good as you can and take your first throw. I know Shay’s going to take the first throw he can, because you have to be fast if you want to get any of the money.”

Money is vital in rodeo. Not only do the contestants pay bills with it and cover their costs with money earned in the arena, but it’s also how champions are crowned. Only the top 15 contestants on the money list in each event at the end of the regular season advance to the NFR; the contestants in each event who finish the campaign with the most money won will be crowned world champions.

Simpson knows all about that. He and his then-partner, Jeremy Buhler, became the first Canadian team ropers to earn an NFR bid four seasons ago, then became the first from north of the border to claim team roping gold buckles.

“The last few years have been pretty fun,” Simpson said. “It definitely opened up a few more opportunities, and a lot more people know who you are. It’s really been business as usual, though. There’s no clear advantage the next year, because you all start over from zero.”

He and Carroll began teaming together about a year ago, and it’s worked well. While Simpson is the 13th-ranked header, Carroll sits eighth in the heeling standings. A two-time NFR qualifier, he stands a good chance to return. Having Simpson leading the way has been a big help.

“It’s been really good this year,” Simpson said about their teamwork. “We get a long really well. We’ve been traveling in the same rig most of the year, and if you didn’t get along, it would show up pretty fast.

They made it look easy Thursday in Gunnison.