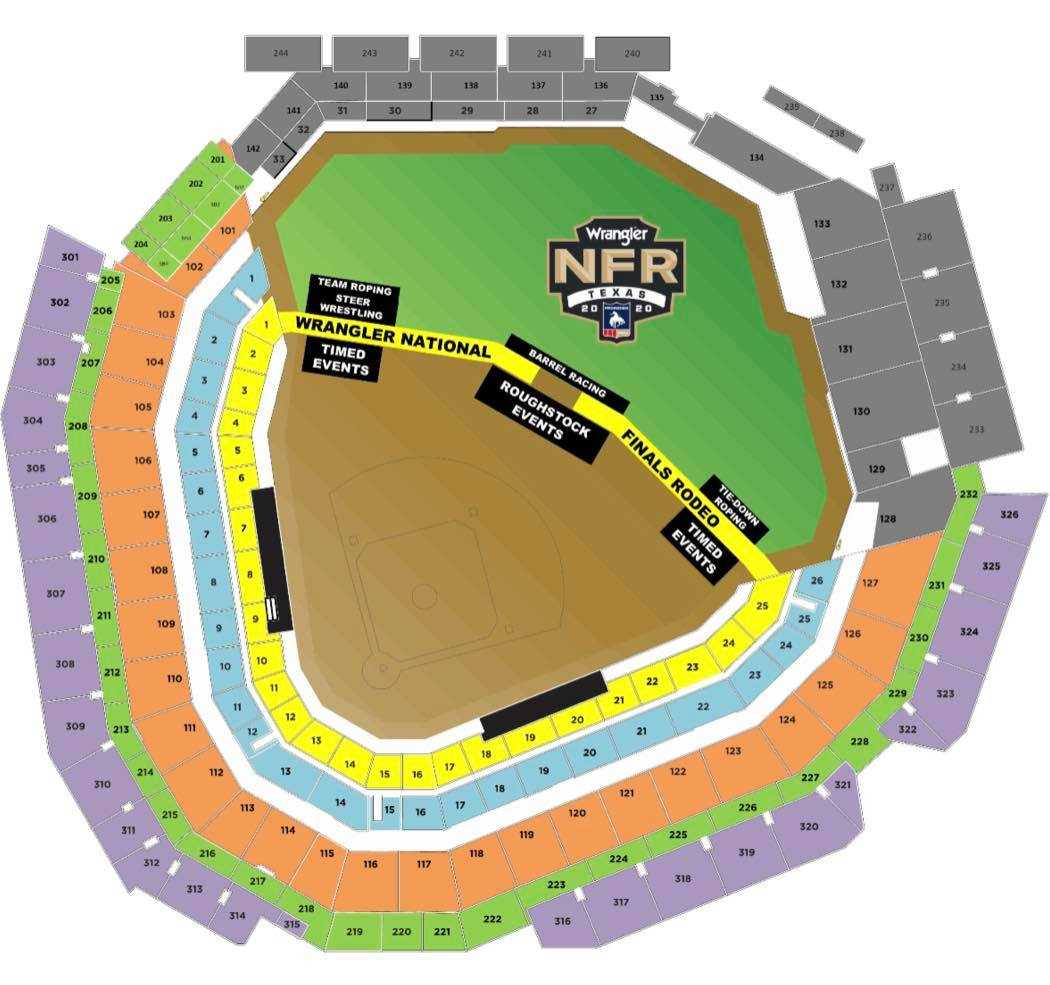 After weeks of speculation and ill-advised social media teases, the Professional Rodeo Cowboys Association has found a home for the 2020 National Finals Rodeo at Globe Life Field, home of the Texas Rangers in Arlington, Texas.

“When George (Taylor, the PRCA’s CEO) brought the idea to us, we thought it was a little farfetched,” said Jacobs Crawley, the PRCA board chairman and 2015 saddle bronc riding world champion from Stephenville, Texas.

It’s not as farfetched as many might think, and it’s a great venue to conduct ProRodeo’s grand championship through a global pandemic. With a retractable roof, Globe Life Field offers the availability to host fans while allowing for social distancing.

“When you think of Texas, you think of rodeo; you think of cowboys,” said Trevor Brazile, a 25-time world champion who lives in nearby Decatur, Texas. “I don’t think anybody that could pull through other than the state I’m so proud of.

“I’m a little jealous; I retired a little too soon.”

This will not be a traditional arena layout, given the dimensions of the diamond. In fact, an image released publicly revealed the dirt will encompass much of the infield area to the dugouts and spread a third of the way into the outfield. The bucking chutes will be in center field, with the out-gate being the entry and exit for barrel racing. Tie-down roping will take place down the right-field line, while team roping and steer wrestling will be down the left-field line. The action of all events will head toward home plate, much like baseball itself.

“A lot of us have rodeoed a long time (and) been fortunate to ride in great venues,” Crawley said. “This is going to be the next great spot.”

This is a temporary move for the NFR but a necessary one because of pandemic restrictions in Las Vegas. The PRCA sought a new home for this year’s championship that would allow for fans. Seats will be sold in groups of four, with separation between groups.

“Contact-limiting measures, such as mobile tickets, have been implemented throughout the event,” the PRCA indicated in its news release. “There will also be metal detector screenings and a no bag policy at entries on performance nights. Globe Life Field is encouraging all guests to check the CDC and the Texas Department of State Health Services websites for any guideline changes prior to the event.”

The NFR returns to the Lone Star State for the first time since 1961; the original host of the championship (1959-61) was the Texas State Fairgrounds. It then moved to Los Angeles Sports Arena for three years, before finding a 20-year home in Oklahoma City – first at Jim Norick Arena at the Oklahoma State Fairgrounds, then to The Myriad in downtown Oklahoma City.

The NFR made Las Vegas its permanent home in 1985 and will return to Sin City once the pandemic restrictions allow.

There was no discussion of how the payout will change without the financial backing from the Nevada desert, but there are bound to be changes. Still, look for the NFR to feature great payouts. In a year that’s seen so many events canceled, it’s refreshing to know world champions will be crowned in December.