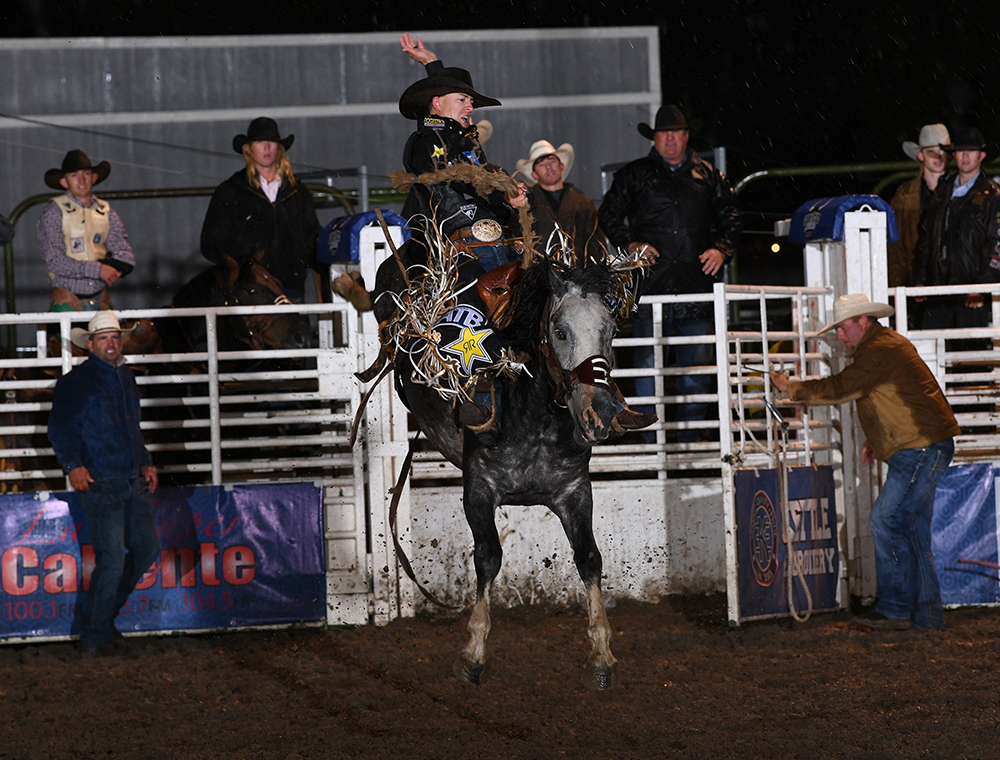 BLACKFOOT, Idaho – While the COVID-19 coronavirus pandemic wreaked havoc on so much of the world, organizers of the Gem State Classic Pro Rodeo pressed forward to make sure the event happened.

“Cowboys don’t quit, and neither did we,” said Valorie Blanchard, chairwoman of the volunteer committee that produces the event. “It was a hard fight for everybody that didn’t have a rodeo and everybody that did. I feel for every committee because I know what we had to go through just to have our rodeo.”

Because of that and because of the event that was produced, the Gem State Classic has been nominated as a Professional Rodeo Cowboys Association’s Small Rodeo of the Year, a title the committee earned in 2019. It’s quite an honor to be recognized as one of the top 21 rodeos in the country, but it’s even a bigger deal in 2020.

“We worked closely with the health department, and we put in prevention plans as much as possible,” she said. “Because of restrictions, we were only able to have 25 percent of our normal attendance. Thank goodness our sponsors stuck with us.

“It’s rough out there, but we refused to cancel. It was a hard year, but it makes us appreciate it more because we had to persevere through it.”

The committee awards are broken down into four categories: large indoor, large outdoor, medium, and small. The Blackfoot committee actually increased its “added money” – dollars generated by the local organizers that are mixed with entry fees to make the total purse – but kept it within the threshold to continue to be considered a small event. Only the top five (top six in one category this year because of a tie in votes) rodeos receive nominations each year.

“We know that small rodeos are the heart and soul of the PRCA,” said Blanchard, whose group works with the Eastern Idaho State Fair and is an annual part of the exposition. “We know we have our place and are proud to be part of the association.”

As with many sports around the world, rodeo was hit hard by the pandemic. More than half of the more than 600 rodeos that are part of the PRCA were canceled, while many others postponed. The Gem State Classic Pro Rodeo was able to maintain its dates and still produce a high-quality event.

“When you bring the best, you’re going to get the best out of it,” said announcer Steve Kenyon, the voice of the Gem State Classic. “Then, when you couple that with really slick production, you can’t help but have a great rodeo.”

It also happened because many people came together to make sure a classic event happened and helped bring some normalcy back to this part of the country.

“We owe a lot of this rodeo happening to the Eastern Idaho State Fair board members and Brandon Bird,” Blanchard said, referring to the fair’s general manager. “He had a lot to deal with and did everything he could to make this happen.

“In my eyes, the significance of this nomination is even greater than our first nomination. We had to work three times harder this year, so we really appreciate it more.”