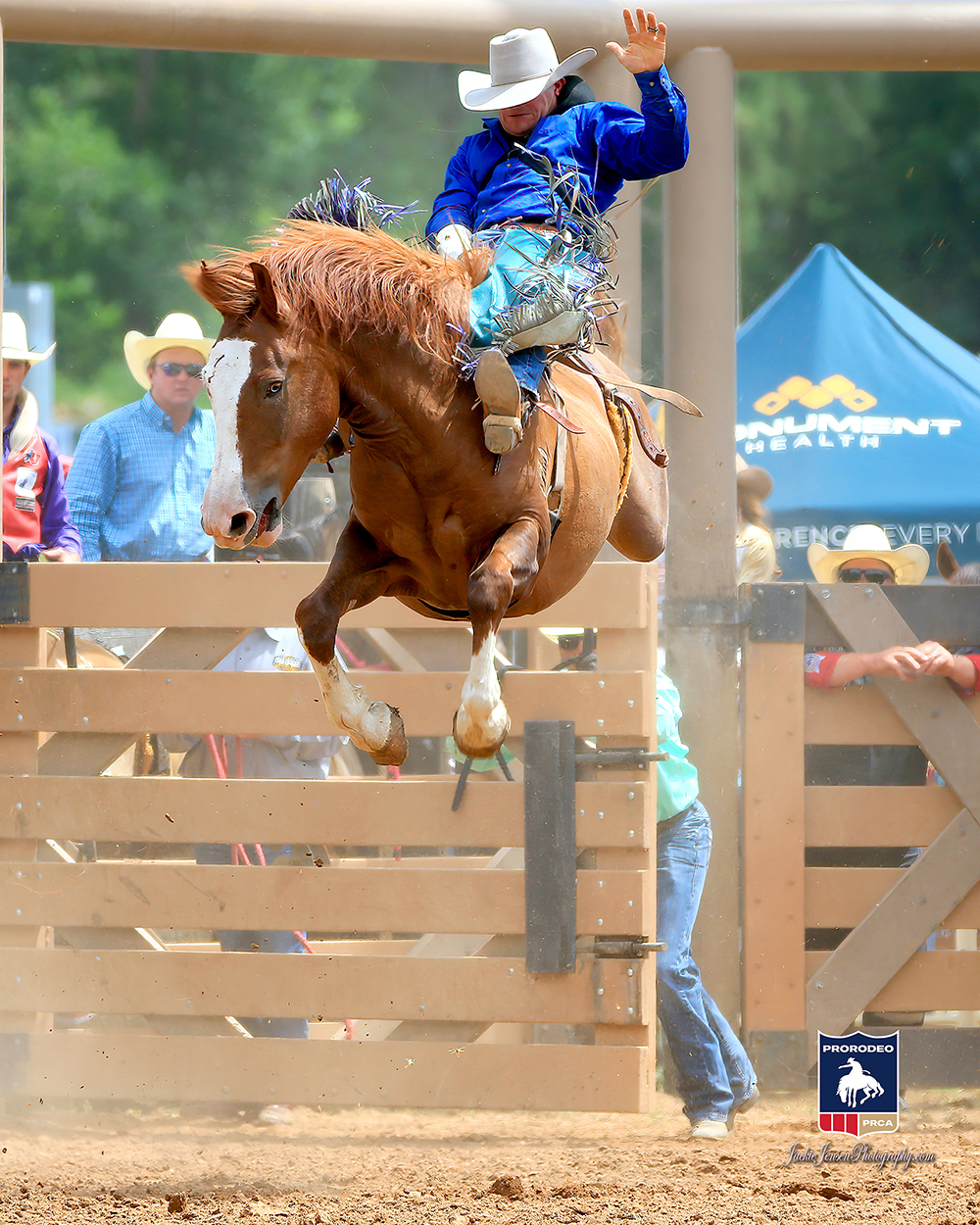 HILLSBORO, Texas – Chad Rutherford has earned a milestone; he has qualified to the National Finals Rodeo for the first time in his 10-year career.

“I am very happy for Chad,” said Orin Larsen, a six-time NFR qualifier from Inglis, Manitoba.

“To have gone through what he’s gone through and make it this year, everybody is excited to see that Chad going to the finals,” said Tim O’Connell, a three-time world champion from Zwingle, Iowa.

In a sport where greatness is defined by playing on the sport’s grandest stage, Rutherford has been close. He finished among the top 25 twice, the last time in a season he’ll likely never forget but one that makes this milestone season of 2020 even more memorable.

“Finally making the NFR is massive, life-changing,” said Rutherford, 29, of Hillsboro, who enters the NFR 15th in the standings with $37,412 in season earnings. “This is the culmination of a lot of things I’ve experienced, the emotions I’ve felt and the things I’ve gone through.”

He’s gone through a great deal in his career, in his lifetime. In June 2017, many things changed for the Texas cowboy, who was raised near Itasca, just a few miles from where he lives now. Sitting eighth in the standings at the time, he was involved in a serious wreck in which the horse he was attempting to ride at the Reno (Nevada) Rodeo came down on top of him.

He remained there for several days, but the pain continued – both physically and emotionally. His wife at the time flew from Texas to Reno to get him home, and a few days after that asked for a divorce.

“My truck broke down, too,” Rutherford said. “My finances went to the toilet, and my career was seemingly going down the toilet and my marriage was over. I was at the lowest I’d been in my life. I wasn’t sure where it would go from there. All this happened within three weeks of itself.”

He met the love of his life, Katie, a few weeks after his miserable experience, and they have built a family, which includes 2-year-old James. It provided personal relief to go along with physical healing.

“I think my biggest benefactor as far as riding was taking the time I did the last two years,” he said. “My entire career has been plagued with injuries and not being able to finish the seasons like I needed to. Whenever I got hurt bad in 2017, I tried to come back that fall and found out my body needed more healing time.

“I was just taking my time to actually heal and train like I’ve never been able to before. That’s the biggest reason I’ve been able to rodeo like I did this year and ride as well as I did. I had to completely change my riding, and the only way to do that was to take the time. Having my wife in my corner was extremely important. She pushed me harder than anyone’s ever pushed me before.”

He sees it through faithful eyes and an understanding that God’s timing is perfect. From the wreck to the time away from the game to meeting Katie and having James, things have happened for a reason and have guided Rutherford to this place and time.

“I’m riding better than I ever have, and not only is my riding better than it’s been in the past, but I’m twice the competitor that I was in the past,” said Rutherford, who credits much of his success to his sponsors, Kimes Ranch Jeans and Barstow Pro Rodeo. “That wreck I went through three years ago was one of the biggest blessings in my life. It pulled everything back and made me start over.

“I had to start from the ground up with my physical training. My body was riddled after I got hurt. The aftershock of what I went through with my nerve damage was far worse than the injury itself.”

When he looks back 15 years, he realizes this rodeo lifestyle would likely have never happened if fate hadn’t intervened. Football was Chad Rutherford’s future, he thought. Football is big in Texas; the problem was, Rutherford isn’t.

“I played football when I was younger, and my whole plan through high school was me growing taller, go to college and play ball,” he said. “I’m 5-5; when sixth grade hit, I quit growing. I was one of the smallest but most ranked offensive linemen. I started on varsity all four years. Through broken ankles or broken wrists, I never missed a game or practice. I was driven to play college ball; it just never happened.”

“We got started almost immediately, and he taught me the basics,” Rutherford said of Harris. “After two years, I went from being a walk-on at Hill College to being on a full-ride scholarship at Hill College under Paul Brown. I got picked up by McNeese State University in Lake Charles (Louisiana).

“(McNeese State rodeo coach) Justin Browning took all that raw knowledge that Chris gave me and started sharpening it. Justin Browning is a huge factor in me being the competitor I am today.”

“To me, it’s more like an aggressive tango dance,” he said. “When you see a man and a woman dancing a tango, you think aggressive yet beautiful. There’s so much of that ride that is painful and gut-wrenching, but there’s so much more of it that’s beautiful.

“When you set your feet before that sucker breaks over and kicks, all you can think is to do it again. That is a beautiful tango.”