O’Connell gets back in NFR groove

Home - Uncategorized - O’Connell gets back in NFR groove 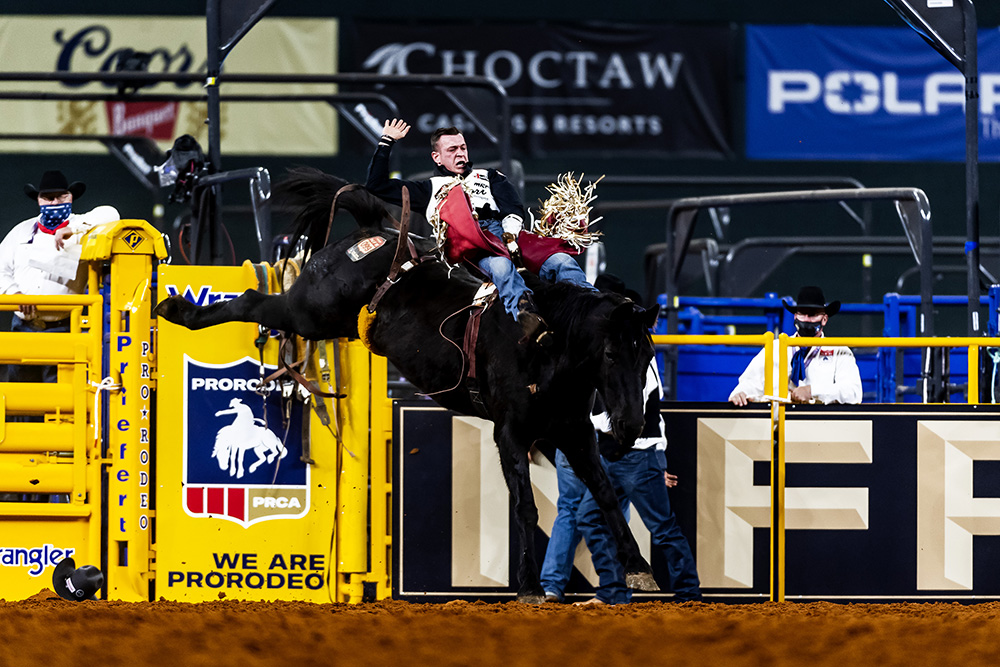 ARLINGTON, Texas – Tim O’Connell doesn’t want to admit it, but he was a little shaken after his first-round ride at the 2020 National Finals Rodeo.

Things changed for the better Friday night, when the Zwingle, Iowa, cowboy matched moves with Beutler & Son Rodeo’s Black Kat for 86.5 points – just a half point off the lead. O’Connell finished in a three-way tie with newcomer Leighton Berry and four-time world champion Kaycee Feild for second place in the second round.

“I feel like I made the very best ride on both those horses,” he said. “I went to bed pretty uneasy last night wondering how I didn’t get a check. To only be 82.5 on a horse I’ve been 90 and 87 on tried to rock my confidence.

“After that ride tonight, it feels like a weight’s been lifted and the NFR’s just beginning. My confidence is back. I feel like I’m in the best shape of my life.  I feel like I’m riding the best I’ve ever ridden at this point.”

Everything went better on the NFR’s second night for O’Connell. He matched moves a horse he’s been on several times, and they made magical things happen.

“That’s the same ol’ Black Kat,” he said. “I’ve been on that horse four or five times, and she always gives you a chance to win. With that time off this year, I think that really helped her. She felt strong, and she wanted to hit me every jump a little harder than what I remember. She was awesome, and she’s been so consistent. I had her one other time at the NFR, and I’ve won second on her twice now.

“I got rolling right out of the chute. I didn’t overhaul her, but I don’t know if that was a horse I could overhaul. I just wanted to show my aggressive style and get the job done.”

“Saturday is the E-pen, which is scary, but I feel like those are my types of pens,” O’Connell said. “I don’t like getting on them, but I’m willing to go to war. It’s going to be a dogfight, but it’s a dogfight for everybody.”