Clements ready for a better NFR 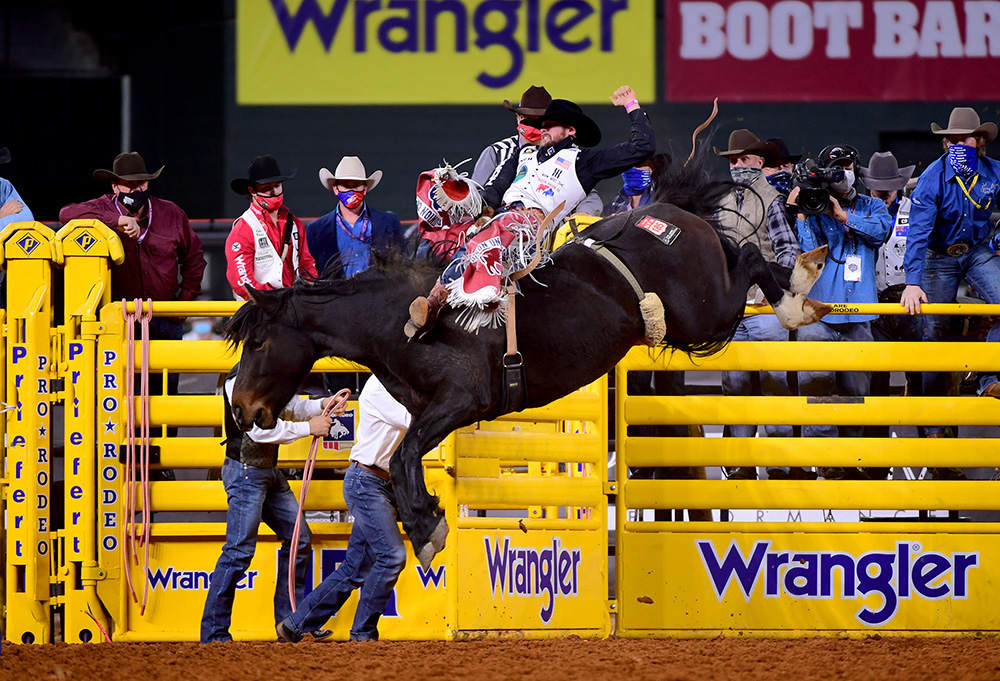 When things don’t go one’s way, there are two reactions that are common: A person can pout and consider all the negatives, or that same person can look at ways to improve the situation. Clements chooses the latter.

“The only thing that is really frustrating is we’re heading to Round 8, and I haven’t done what I’ve needed to do,” said Clements of Spanish Fork, Utah. “I caught good momentum right off the bat, and I’ve not kept up my end of it and rolled with the momentum. I’ve got way more to offer, so I’m not letting it get me down.

He has earned $34,538 at the National Finals Rodeo, and part of that came after an 80.5-point ride on Prairie Rose of the Sankey Pro Rodeos & Phenom Genetics string. He finished in a tie for sixth place and earned $2,115 in the process.

He’s also going to make some minor adjustments to his equipment before he makes his eighth straight ride. That’s probably a smart thing since Thursday’s round features the second coming of the “Eliminator Pen” at this year’s finale. Clements is matched with another Sankey bronc, Mental Illness, which has yet to buck at this year’s NFR. That could be a good sign for the Utah cowboy.

“After Round 6, I didn’t feel my feet a whole lot, which wasn’t allow me to squeeze and make a snappy spur ride,” he said, indicating that he’d like to get a better feel for how his feet are working when in contact with the horse. “(Wednesday) night solidified that I needed to fix my equipment. I’m not squeezing with the handle of my rigging, which, in turn, plays into how you squeeze with your legs.

“I’m healthy, and I’m glad for that. I’m starting horses really good, but there’s something between the start and the finish that’s not working.”

“You’ve got to help them out, keep them kicking, keep them going and keep their timing,” said Clements, now a three-time NFR qualifier. “I need some more horsemanship. After I make these adjustments, I know my performance will be a lot better.

“It’s like (ProRodeo Hall of Famer) Louis Feild told me: The easiest thing you’ll ever do in your life is run your hand in the rigging and ride bucking horses. I’ve got the best job in the world, and I’m here at Globe Life Field. I get to compete against the best guys in the world and the best bucking horses.”