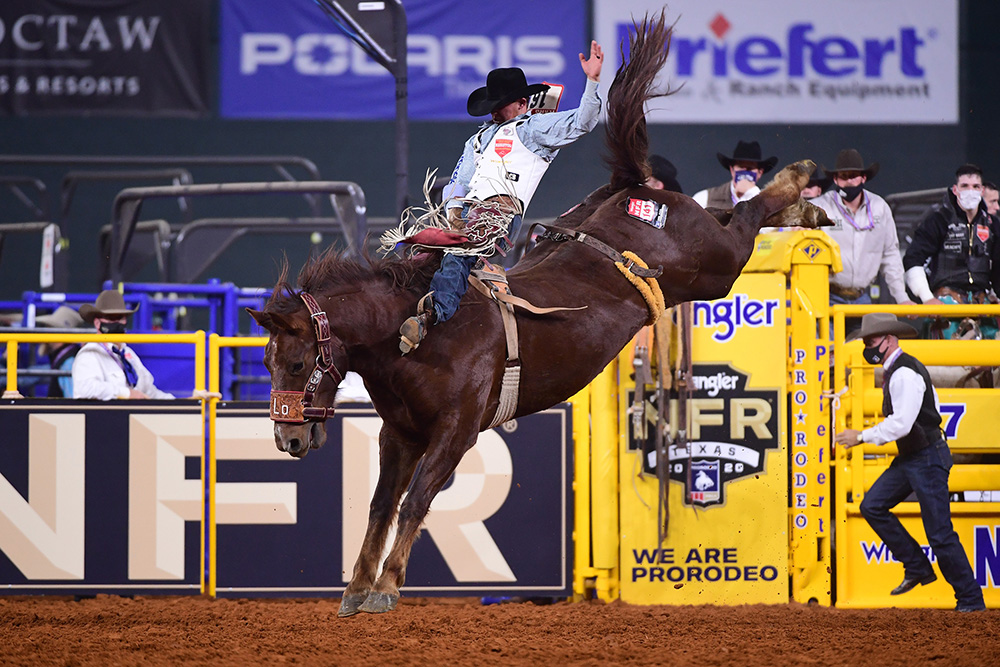 ARLINGTON, Texas – The Montana Silversmiths gold buckle that is awarded to world champions is an elusive thing.

Only one person per event can earn that piece of hardware each year, and Biglow did that in 2019. The 2020 National Finals Rodeo was a much different story. He closed this year’s finale in fine fashion, though, matching moves with Hi Lo Pro Rodeo’s Redzilla for 88 points to finish fourth in the 10th round.

It was a rough championship for the reigning world champion. He bucked off twice and had two scores in the 60s. Still, he placed five nights and earned $80,442 over 10 nights at Globe Life Field in Arlington. He pocketed $11,000 on the final night of the season.

Now that the season has concluded – Biglow ended the year seventh in the world standings with $151,415 in earnings – he will take some time off, enjoy the holidays with family and keep his eyes open for the schedule. The first one on the calendar is in Odessa, Texas, in early January.

“I will enter whatever opens up,” he said, realizing that the pandemic may change things again in 2021. “I’m sure I’ll be itching enough to fly to get on one. Whatever rodeos are open, I’m going to go to them.”

Besides the lessons he gained over his week and a half in north Texas, the California cowboy realizes there are many other great things that come out of competing as one of the best in the game.

“The guys in that locker room are what make it,” Biglow said. “No one is ever down on you. Everyone is trying to pick you up and trying to figure out your problems. If someone is having hell, I’m going to help him; we’ll figure it out. That’s how it is.

“Getting on bucking horses isn’t the easiest thing in the world, so if you’re are down on yourself, it makes it 10 times harder. These guys always pick you up.”