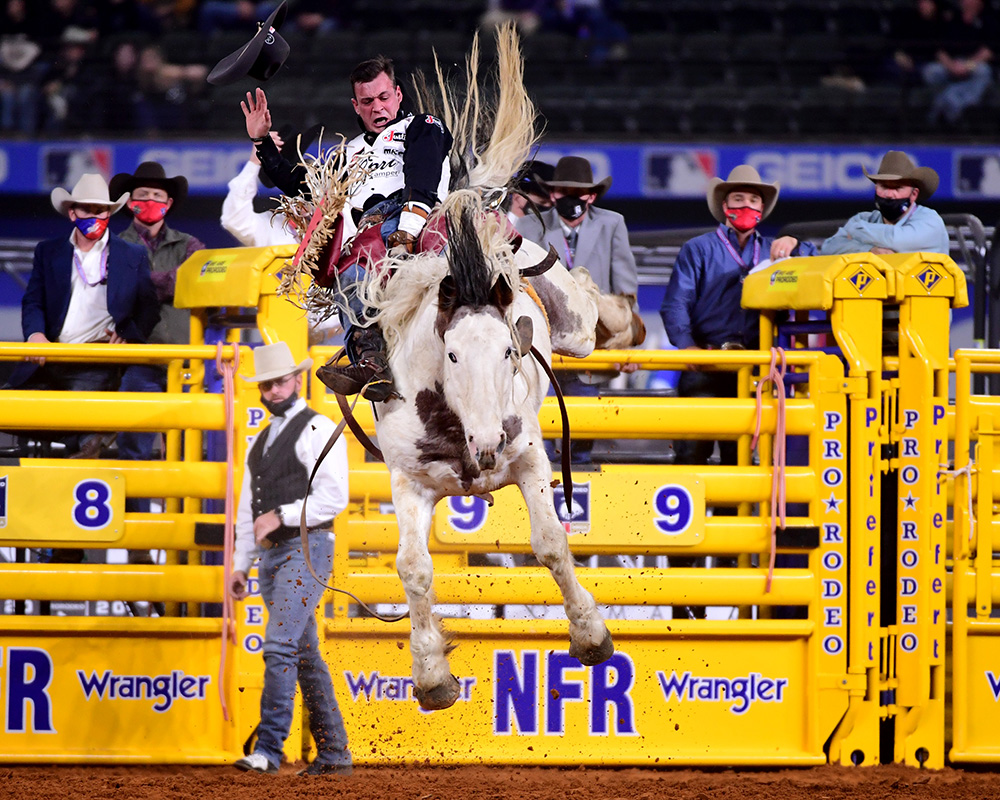 He rode Powder River Rodeo’s Two Buck Chuck for 89 points and had to wait out a re-ride by his closest opponent, Utahan Kaycee Feild. The decision didn’t rest on O’Connell’s performance, though. Feild was awarded 91 points on Three Hills Rodeo’s Junior Bonner to win the round and the world championship at Globe Life Field.

But O’Connell had no reason to hang his head. He fought a brilliant 10-round bout to claim the Montana Silversmiths gold buckle. Instead, his big score was worth third in the round, and he fell to third in the average. He also finished as the No. 2 man in the world standings.

Through 10 nights of ProRodeo’s championship event, the Zwingle, Iowa, cowboy placed six times, including the fourth-round victory after matching moves with Fettig Pro Rodeo’s Pop A Top for 90.5 points.

While there was disappointment in the air, O’Connell proved again why he will continue to be a contender for the world title each year. The NFR features only the best 15 cowboys from the regular season, and 2020 was his seventh straight trip to the sport’s premier event.

Of his seven trips to the finale, O’Connell has finished among the top 5 six times. With him coming within a whisker of this year’s gold buckle, there’s a new fire that is being built as he prepares for the 2021 campaign.

A key bright spot that appeared was his traveling partner – Jess Pope, a senior at Missouri Valley College – claimed the NFR average title. Now the two will venture into the next campaign with bright light shining on next year’s NFR and another shot at ProRodeo’s gold.